Dart Data vs RFID vs other NFC (webscorer) vs SPORTident

The Dart Data system was produced as a response to race which did not go so well, and as a response to a growing dissatisfaction that there was no system out there which exactly met the needs for some of the vents I was timing. This does not mean it's the best approach for all events! Below is a table highlighting some of the strengths and weaknesses of four different systems.

I still use the systems other than Dart  Data for events, and all have their place in different situations. For example, SPORTident would be the wrong call for a road cycling time-trial, but would be spot on for a 30 checkpoint pro-orienteering event. 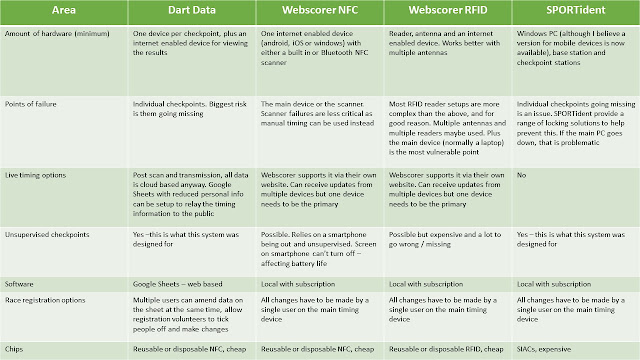