So I've spent some considerable time rebuilding the proof of concept (or developer kit). The old system, mounted in a small box, with a breadboard hanging out and looking dangerously close to my old GCSE systems and control project, was too prone to errors developing due to a loose wire or similar (much like the GCSE project). I have also been troubleshooting a (now resolved) issue with the buzzer and LED, more on this later.

With the use of a lot of epoxy resin, the development kit now looks like the pictures below. Everything secure in it's place. It's makes it a lot clearer to explain too. In the prototypes, there will only be one switch to control both USB and li-ion power. The breakouts from the pins on the underside of the Pycom Pyscan can clearly be seen. 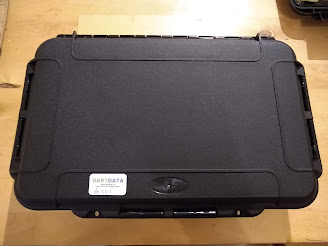 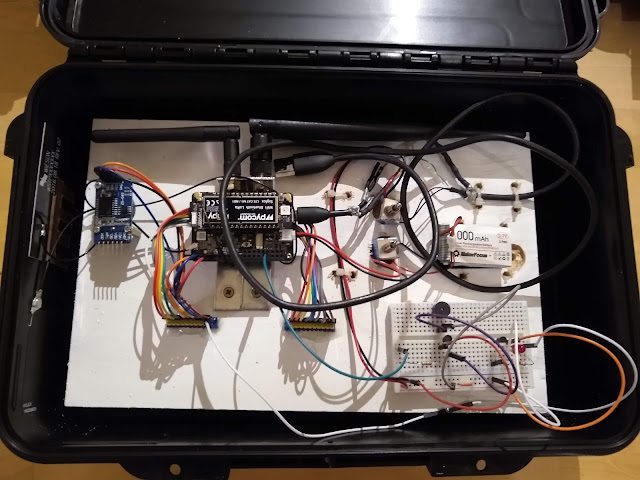 For weeks I have been wrestling with inconsistent results with the buzzer and LED. It boils down to current issues. There is a GPIO extender on the Pycom Pyscan board, but either an issue with the library I'm using or the current draw of the components. The vast majority of the Pycom FiPy pins are taken, I'm using one for a remote timing crystal for the buzzer. The LED is driven off the GPIO extender, more than one LED results in the output flickering on then immediate off at best.

So I devised a circuit using two transistors, with 330 ohm current limiting resistors for the signal from the board, to switch on and off the buzzer and LED. This works. New circuit diagrams are on the github site.

That's where it's at for the moment!