So after finishing prototype one and two, it was apparent some internal organisation was needed. Whenever the case open and closed, care was needed to stop wires getting caught in the hinge. Now obviously I could do a much neater job with a ribbon cable, but that's very fiddly and I don't have ribbon cables to hand. But I do have cable ties, and they did the job.

Very annoyingly the switch on the final device (ironically Timer001) is soldered the opposite way to the other two. My fault but still annoying and I didn't realise until the switch was glued in. Also, this was the first time I used hot glue to reinforce the connections. it doesn't seem to have caused any issues so I'll make it feature of the rest. 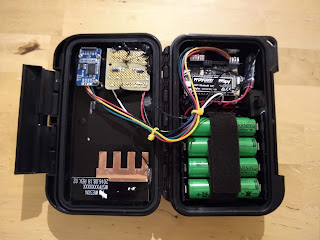 Pycom have also said they will be releasing a new LTE antenna soon, which should have greater gain than the current antenna, which is positive.

In other news, the three prototypes now have their own flightcase, which is great! 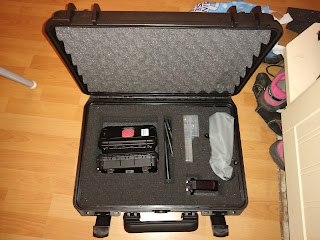